POF Jobs 2022 Pakistan Ordnance Factories (POF) is a Pakistani arms manufacturer situated in Wah Cantt, Punjab. During British control in India, it was founded in 1895 as a small arms maintenance factory. It used to be known as “Small Armaments Factory,” but it is now the world’s fourth-largest arms manufacturer. Pakistan Ordnance Factory (POF) Jobs is a state-owned defense and weaponry corporation headquartered in Wah Cantt, Punjab. Small guns, ammunition, explosives, and landmines are all key suppliers. Pakistan’s Ordnance Factories are among the country’s largest employers. 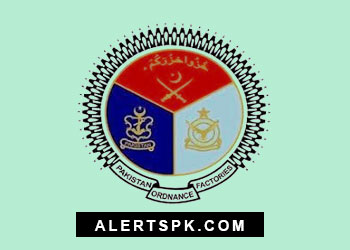 POF is a military manufacturing and export firm based in Pakistan. POF is based in Wah Cantt in Pakistan’s Punjab Province. It was once known as the Small Arms Factory, but in 1985 it was renamed Pakistan Ordnance Factory. POF is in charge of small arms, ammunition, and explosives production. It also works on vehicle, helicopter, and weapons system research and development and maintenance.

Pakistan Ordnance Factories is a complex of 19 manufacturing units and one training school spanning 803.5 acres in Wah Cantt (the capital of Punjab province and Pakistan’s largest industrialized city), with the capacity to produce small arms and ammunition in significant quantities. Since they were nationalized in 1972, the units’ operations have never been so smooth.

Pakistan’s major cities include Karachi, Lahore, Faisalabad, Islamabad, Multan, Sialkot, Peshawar, and others. Pakistan Ordnance Factories (POF) Jobs is a government of Pakistan administrative entity under the Ministry of Defence Production. In Pakistan, ordnance factories may be found in Lahore, Wah Cantt, Karachi, Gujranwala, and Risalpur.

Pakistan Ordnance Factories POF Jobs 2022 announced in Wah Cantt through an online job portal https://pof.gov.pk. Applications are sought from both genders of citizens of Pakistan to be engaged as 100 artisans in Batch No. 55 (1st Phase) under the ‘Artisan Trainee Scheme’. Candidates selected will be trained at Pakistan Ordnance Factories Institute of Technology, Wah Cantt as in accordance with the Apprentice Ordinance. The seats are allocated as per the guidelines below. Qualifications, age limit experience, and the domicile required for the positions are specified for each post in the advertisement that follows.

Pakistan Ordnance Factories PoF jobs 2022 are inviting both female and male citizens of Pakistan for participation to participate in the 100 Artisan Training Program. The candidates who are interested should be matriculated with a science degree and be able to apply online via the POF website at www.pof.gov.pk. The deadline for receiving applications is May 28, 2022.

If you’re in search of a remarkable career opportunity, while settling into your life working for an organization that is based on government, then you must apply to POF Job openings. This organization is a great job for engineers who are looking to begin their careers. This is a great opportunity for those who are committed to being a part of their nation’s defense. POF produces not only ammunition. It also produces clothes. 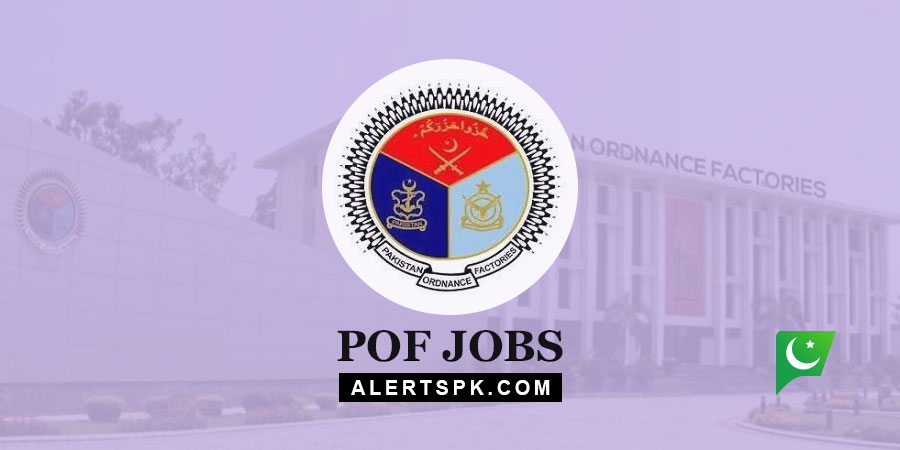 This company operates commercially in accordance with international standards and publishes its job ad on high-quality websites and publications. Applications for this job is open to applicants by applicants from Rawalpindi, Wah Cantt, Lahore, Karachi, Islamabad and all over Pakistan.

POF is a Government of Pakistan Public Sector Undertaking. It has a network of approximately 20 production facilities in all of the country’s major cities. These units play a critical role in the country’s industrial development and defense readiness.

If you’re looking for a job in the military industry, Pakistan Ordnance Factories POF Jobs is the ideal alternative for you. Many unfilled vacancies in Pakistan’s Ordnance Factories are available to candidates. If you’re interested, please submit your application as soon as possible.